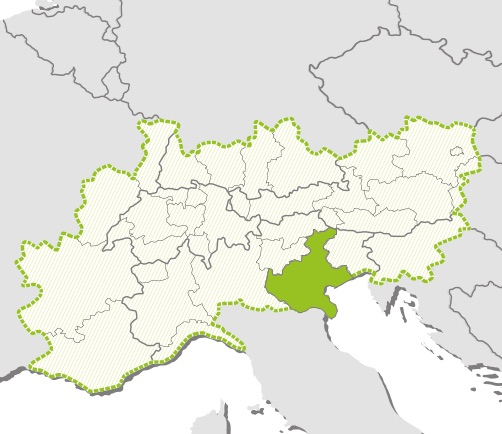 Veneto is the eighth largest Region in Italy, with  a total area of 18,398.9 km². During the period 2008-2014 the value of regional average GDP was € 146,226m, and it currently accounts for 9% of the Italian GDP. The industrial sector has a highly specialised and competitive manufacturing base, mostly made of SMEs. According to ISTAT data, in 2013 the region has almost 400,000 companies: 12% in industry, 13% in construction and 75% in the service sector.

Agriculture is also important (nearly 10% of the national agricultural production). In 2015, almost 48% of the manufacture enterprises of Veneto with at least 10 employees performed material and non-material Investments, investing 25% more resources as compared to 2014. Exports and foreign tourism sustain the economy of Veneto with a significat influxes of foreign tourists, arrivals  (+5,8% in 2015 compared to the year before) and presences (+2,2% in 2015 compared to the year before).

To know more about Veneto, enjoy this video

Italy is so beautiful.

Unioncamere del Veneto (UCV) is the Association of the 7 Chambers of Commerce of Veneto Region. It is an information and assistance office providing services and helping the business community- especially SMEs based in Veneto region (4.881.756 inhabitants and 439.307 SMEs). With an experience of more than 24 years in project management and planning, The Department staff has an excellent knowledge of EU institutions and programs and thanks to the participation to EEN acquired specific skills in the field of innovation support, internationalization services, research and innovation, technology transfer and SME support services. UCV is the Veneto Region Desk of APRE, the Agency for the Promotion of Research in Europe. UCV is also in direct contact and collaborates with the different department of the Veneto Region and the Local/Regional Development Agencies.